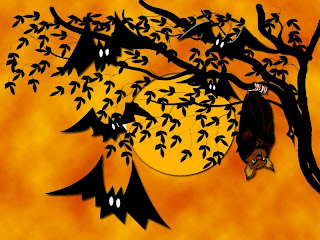 Halloween would not be complete without a few bats fluttering about in the skies, eager to zoom down with radar precision upon unsuspecting victims and suck their blood. Bats have long been associated with Halloween but the connection is by far less ominous than some would suspect. In Halloween's ancient origins people would gather together around giant bonfires to ward off evil spirits. Attracted to the warmth and bright light of these fires were many small flying insects; natural food for hungry bats. People saw the bats flickering in and out of the firelight during the festivals and they became a feature of Halloween lore. 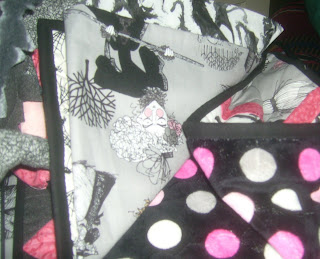 I put the finishing touches on my Ghastlies projects. I have fabric left and time for some small projects to add. It's going to be a fun blog hop with lots of exciting projects, ideas, and give aways - mark your calendars because you don't want to miss it. 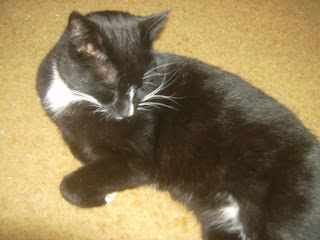 There's a new family member. Bella has put him in his place - she is the Queen! This is MOE, one of my daughter's furries who was rather misbehaving around the baby and cause for concern. So he is now residing here at the house on the hill - our Halloween cat! 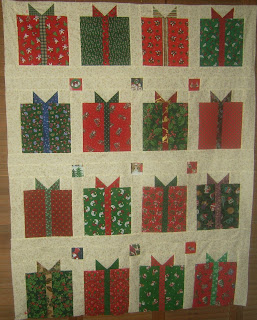 I enjoyed another Christmas Quilt Along weekend. This pattern 'Gift Boxes' can be found here. Great pattern for showcasing those pretty seasonal fabrics and works up quickly. I just need to attach the final borders - which are done.

Be sure to get over to Bernie's as she is drawing for the Traveling Stash - open to 12th - winner announced the 13th.

Travel box #2 is ready to move on - Visit here and good luck.

Q: Why don't bats live alone?
A: They prefer to hang out with their friends

Sewingly Yours
Sharon
Posted by Vroomans' Quilts at 9:36 PM 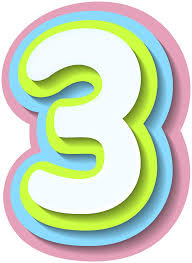