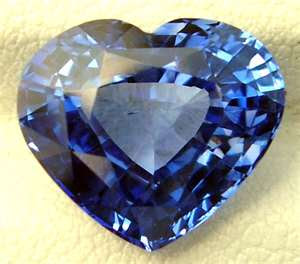 Named after the Greek word "sapphirus", meaning blue, Sapphires have long been a favorite among priests and kings, who considered them symbolic of wisdom and purity. In ancient times, Sapphires were thought to be protective against envy, and even against poisoning. Ancient civilizations believed that the world was set upon an enormous sapphire, which painted the sky blue with its reflection.

So fitting, as we finally saw some blue sky the last couple of days - a ray of hope upon our weary community as flood clean up still goes on. 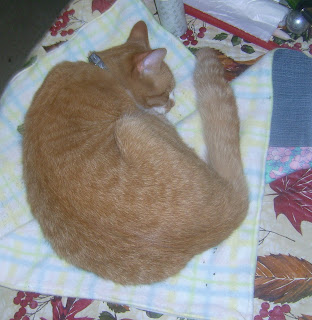 My dear sweet blogging friend Tonya sent me a surprise package. First out of the mailer was this wonderful pet blanket for poor Bella who has been so traumatized with the flood, noise, and smells (oh it is really starting to smell from the debrie). Some catnip, her toys, and new blanket - I have her down off the Fridge and to the table - I would normally scold her for being there, but she has been ill with all this worry. 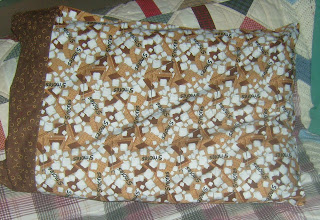 And I saw this (and the blanket) on her blog and never suspected it was coming to my house to live. I just fell in love with this Smore's fabric Tonya used for a project back when we did the 'May For Me'. Look, I have my own Smore's pillowcase! Thank you so much for your gifts to Bella and me. 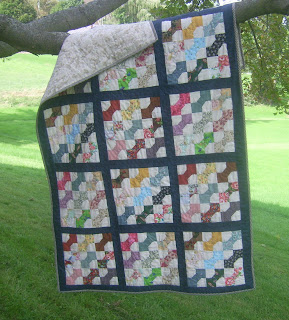 I finished the second quilt for our local flood victims project. The other was finished up on the Christmas Quilt Along on Saturday. These will be delivered today at our LQS The QuiltBug and Kate has so generously added this donation site as part of the 100 Quilts for Kids. If you can't send a quilt, consider a flimsie (lone quilt top unfinished) as there are people willing to finish them up - yes, I'm on that list. 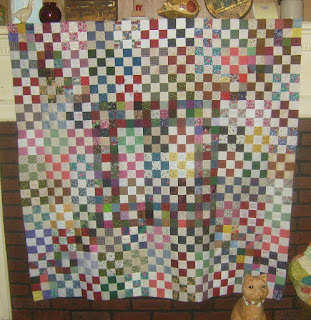 The squared up project had it's next two rows added. Now I need to get the 'boxed' 9-patch rows on and consider whether I want to add a border or call it done. A muslin back I think, and because it will be a large quilt I will send it to be long armed.

You may have noticed I have some new buttons on the side bar:

Just click on the buttons to take you to the sites for information.

Maiden born when autumn leaves
Are rustling in September’s breeze,
A Sapphire on her brow should bind;
To bring her joy and peace of mind.
- Gregorian calendar

Sewingly Yours
Sharon
Posted by Vroomans' Quilts at 9:36 PM 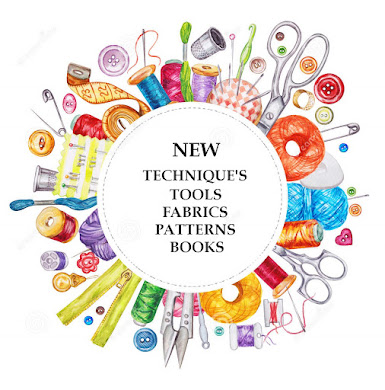